The scheduler does not appear to be running. Last heartbeat was received was 32 seconds ago. The DAGs list may not be updated, and new tasks will not be scheduled. 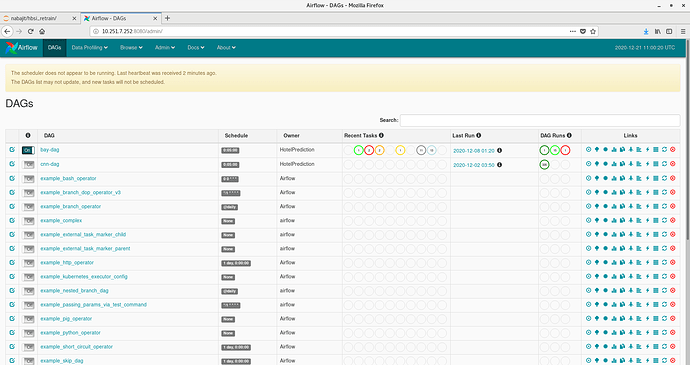 Airflow Scheduler has to be restarted frequently while running DAGs. Also tried ‘pkill -f airflow’ and restarted both the scheduler and the webserver, but still the issue is there. I’ve also noticed that sometimes after restarting the scheduler for a couple of times this issue doesn’t appear again.
Can there be a solution for this?